Connecting Chess for Android with a Chessnut Chessboard 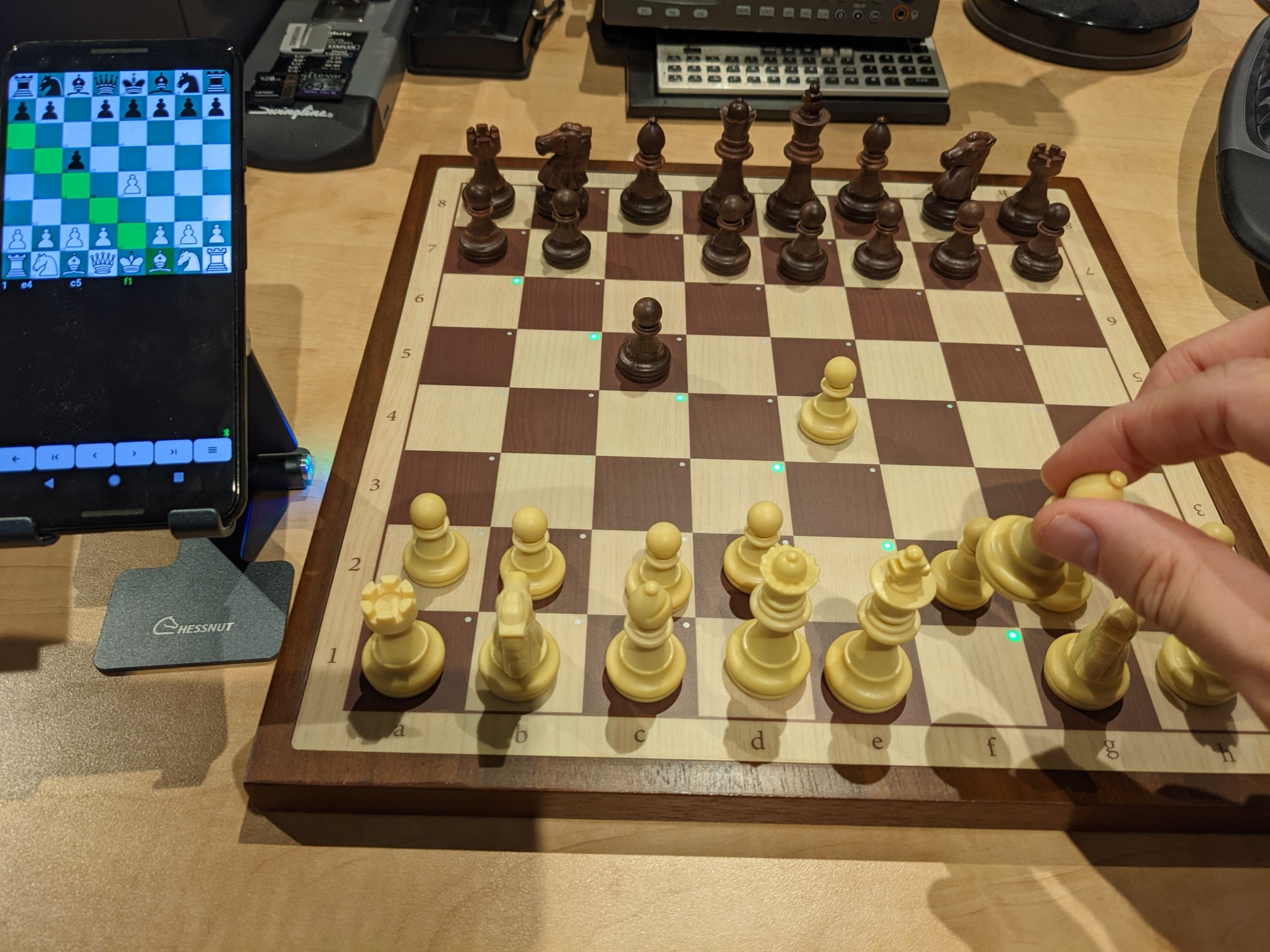 The Chessnut Air is a nice compact sensory chessboard with 64 LEDs as move indicators, fully automatic piece detection, over the board (OTB) play, and connection with a device over USB or bluetooth.

Since v6.6, Chess for Android provides full support for this board. First enable Bluetooth on the chessboard (blue light should be blinking), then long press the notation window in Chess for Android to open the extended menu, select "Connect to EBoard", pick the "Chessnut Air Bluetooth LE", check the LED function (if desired), and press "Connect". Then select "Chessnut Air" from the list of devices.

Setting up the start position with white on either the bottom or top of the electronic chessboard will start a new game with Chess for Android using that orientation. Move a piece to make a move, and follow the LEDs or the GUI to make the computer's response. To capture, remove the opponent's piece from the chessboard. To castle, move the king first two squares to the left or right. To capture en-passant, move your own pawn first before removing the opponent's pawn. To promote, move your own pawn to the last rank, select the promotion piece on Chess for Android, and then replace the pawn with that piece on the electronic chessboard. To set up a position, long press the notation window, pick "Position Setup", after which Chess for Android continuously syncs its internal chessboard with the electronic chessboard. After pressing "OK", the game can proceed from the given position (if valid).

If an illegal move is made, or the electronic chessboard is somehow out-of-sync with Chess for Android, the LEDs are used to indicate the difference. Correct all differences before proceeding with the game. Likewise, if the game navigation buttons are used to go backward or forward in a game, the LEDs indicate how to resolve differences.