Connecting Chess for Android to FICS or ICC 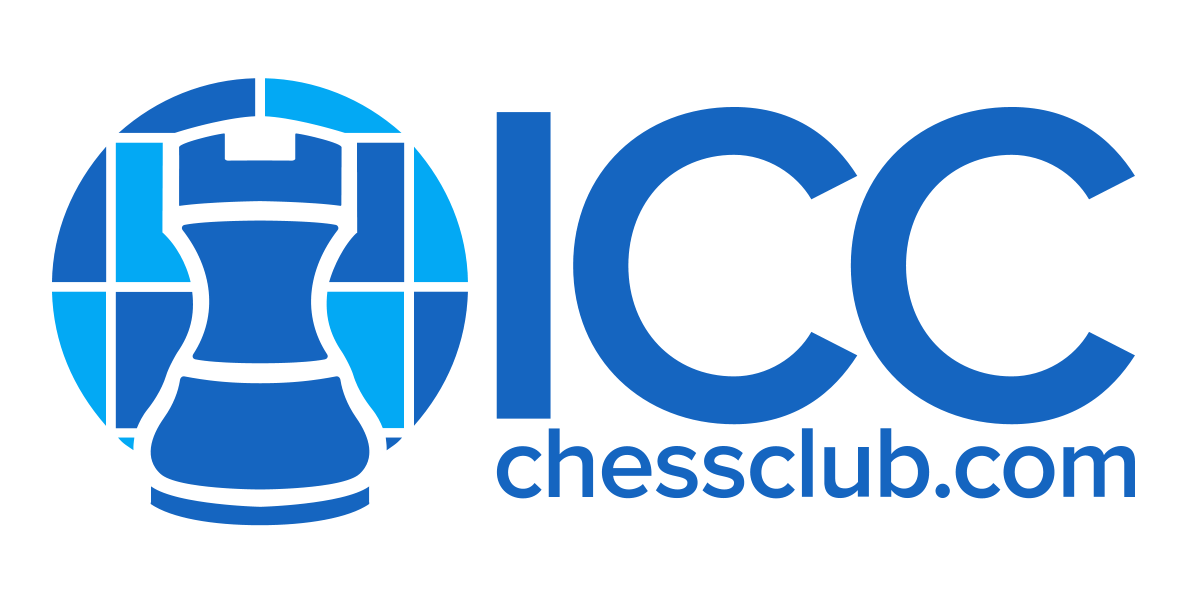 Chess for Android can be used to play chess online using either FICS (Free Internet Chess Server) or ICC (Internet Chess Club). Either use a phone or tablet directly for online play, or connect the device to an external electronic chessboard (DGT, Certabo, or Millennium) to play over an actual chess board with people online.

To connect to FICS or ICC, long press the notation window in Chess for Android to open the extended menu. Then select "Connect to Server", select the desired server, and login as a guest or using your register username and password. On FICS, the formula string can be used to filter out match and seek requests. For example, unrated & time >= 5 & inc = 1 only shows unrated games with at least five minutes start time per player and exactly one second increment per move. When playing over an electronic board, it is probably a good idea to pick a color first and add either black=1 (if you want to play white) or white=1 (if you want to play black) to the formula, in order to avoid having to quickly change the board orientation when the game starts. On ICC, a similar formula string can be used to set a preference (but seek requests are not filtered as strictly yet).

Once connected, your username or temporary guest name is shown at the bottom of the screen. Match requests that pass the filter are shown in a dialog with the player names and game parameters. Either decline, or accept and the game starts at once. During the game, both players' names are shown at the bottom of the screen (white always at the bottom) and the board is automatically oriented with the side you are playing down. The status message shows whether it is your turn or the opponent's turn. Chat messages, if any, are shown next to the player's name. Click one king and then the other king to open a dialog to offer a draw or resign. If the opponent offers a draw, use the same mechanism (in that case offering really means accepting). When the game ends, a termination message appears at the bottom of the screen. The game can be saved to SD card or shared with another program as usual.

Per FICS and ICC policies, all chess engine features are disabled while connected to the server. To analyze a game with a chess engine, first disconnect. 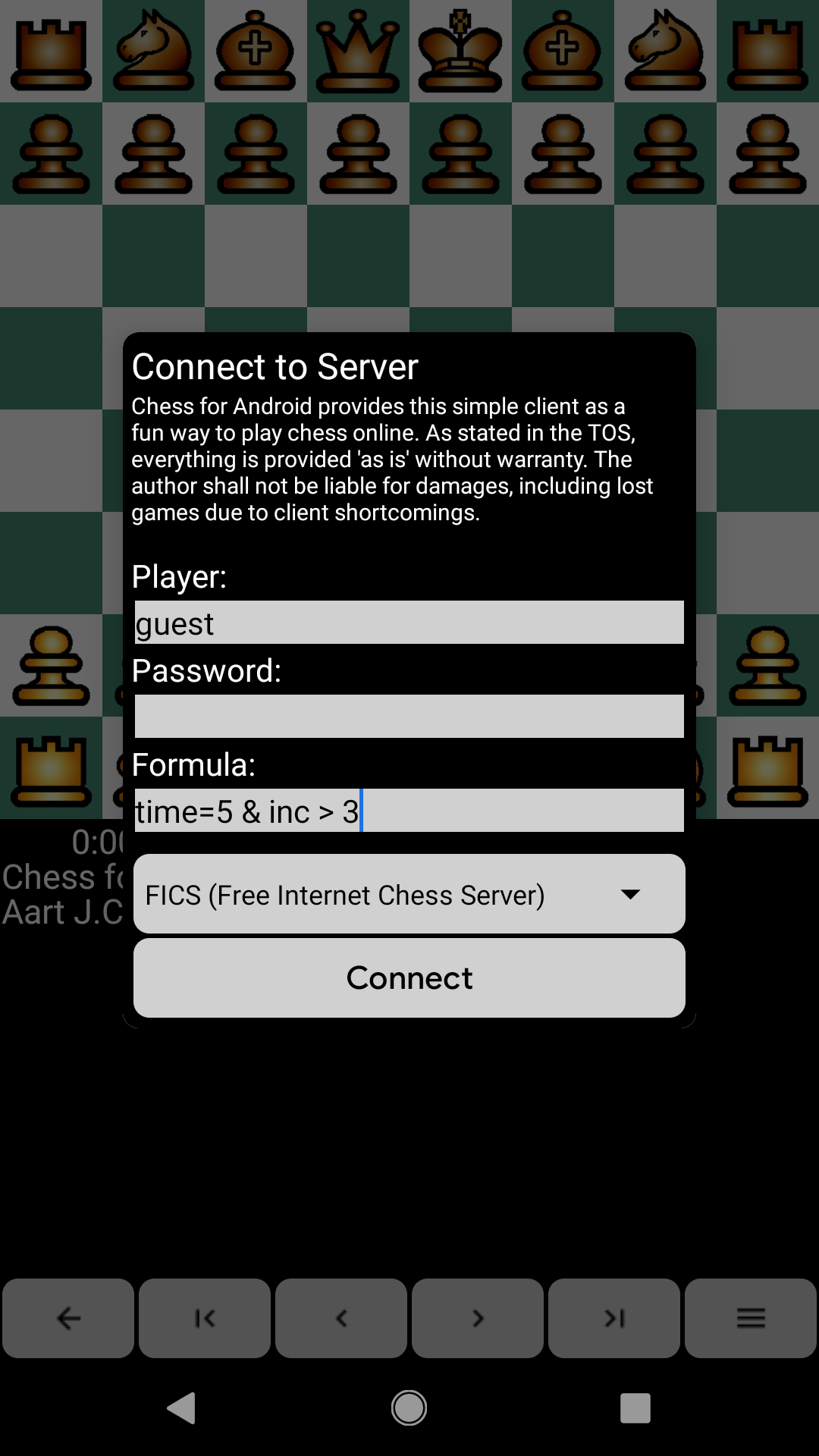 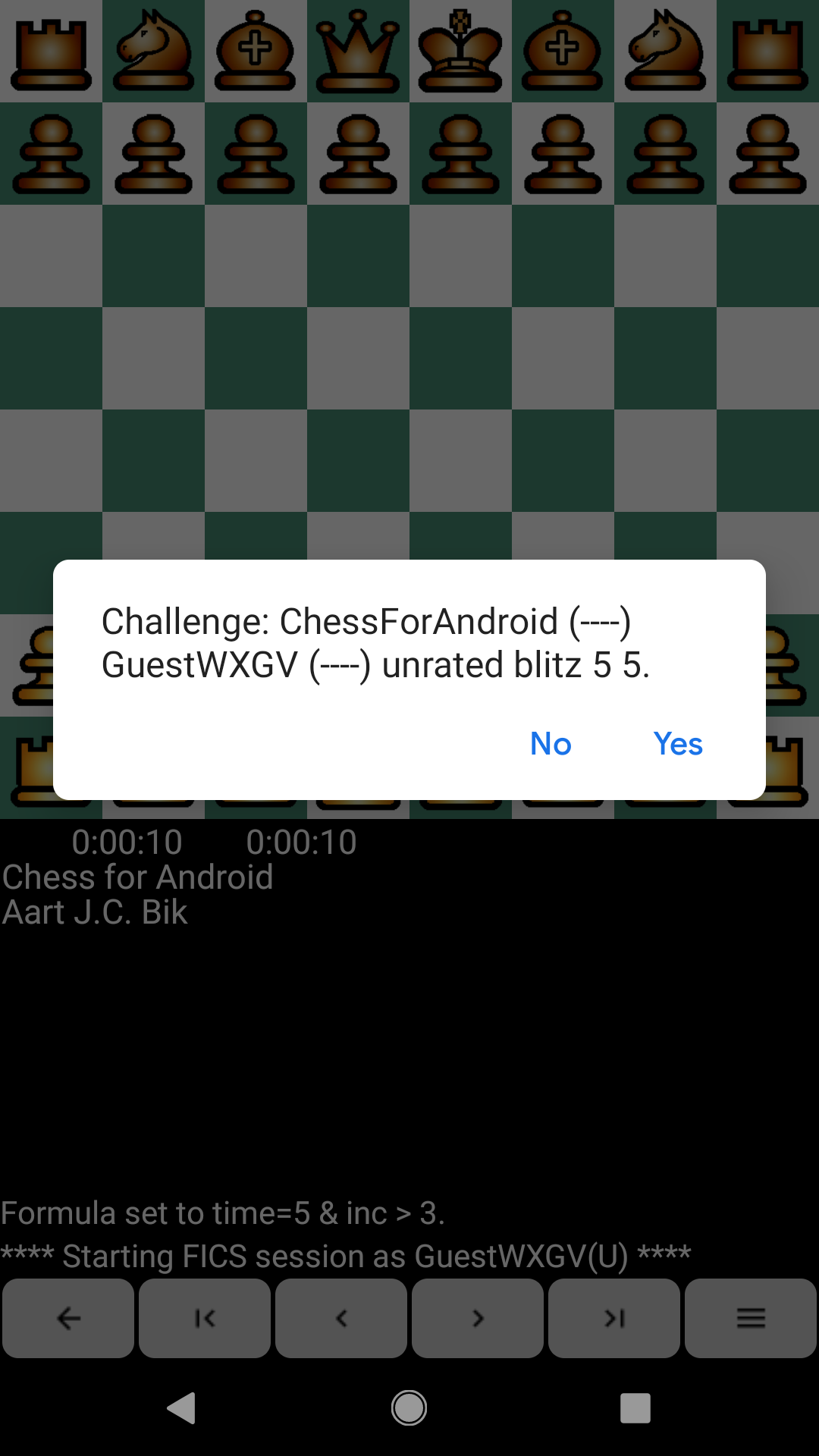 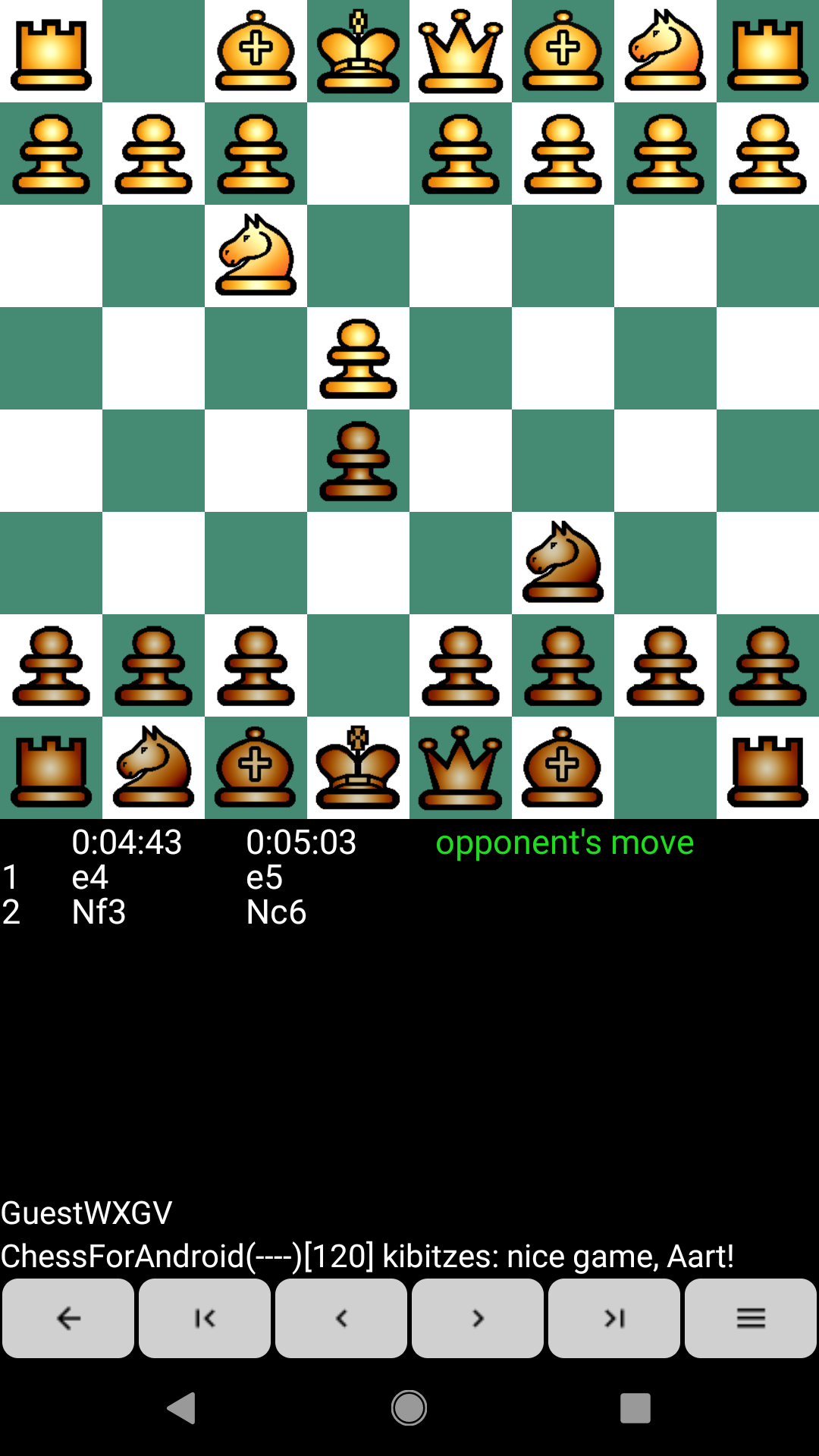